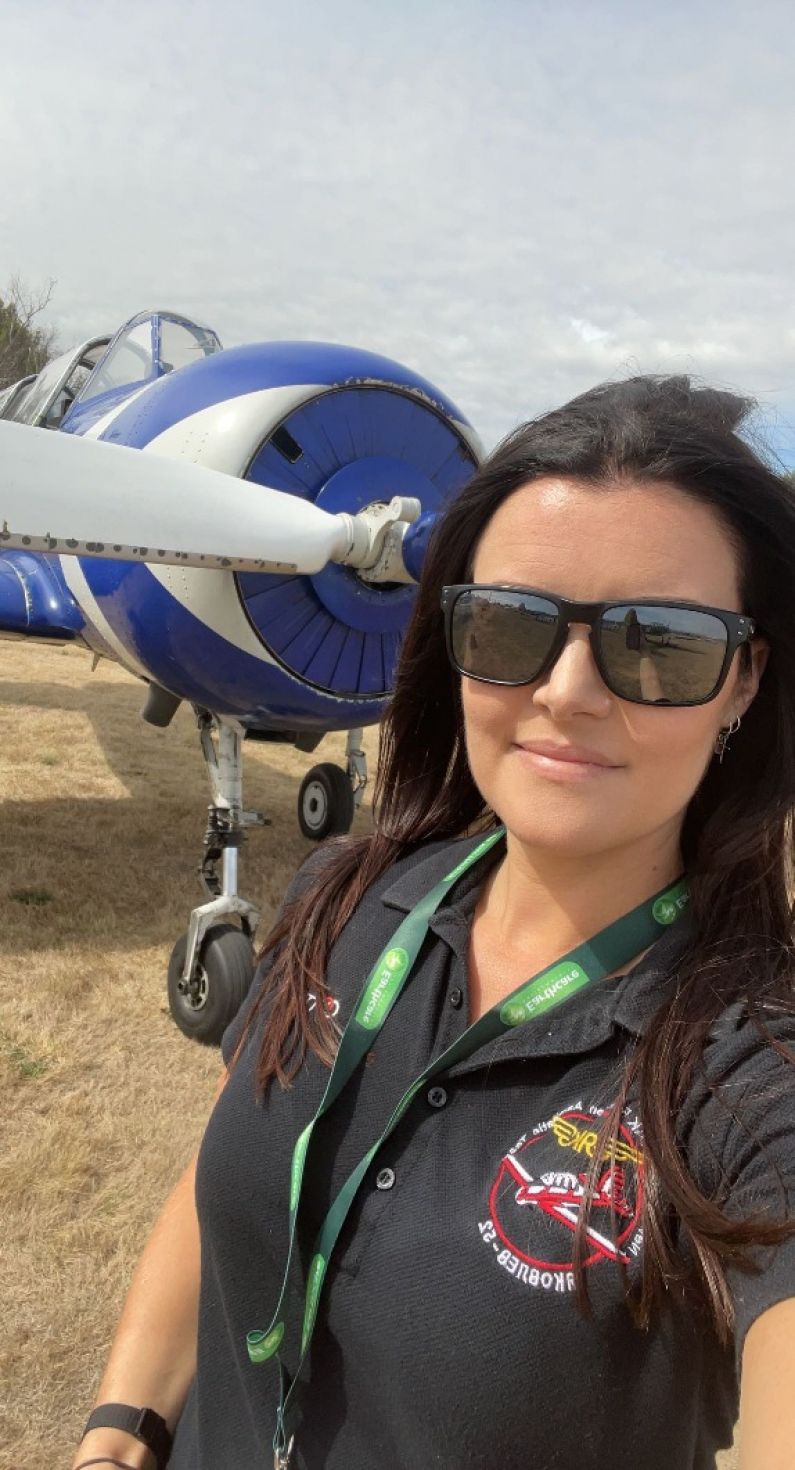 It’s hoped all three will be displaying with their teams at the Easter 2022 Warbirds Over Wanaka International Airshow.

For Fay flying is in the blood.  Both her grandfathers were pilots, the late Cliff Emeny flew De Havilland Mosquitos in WW11 while Jack Wheeler (94) is still a keen Taranaki aviator.  Fay’s father, Brett Emeny, operates an agricultural helicopter business and is a top New Zealand Warbird pilot, while her uncles are also involved in different aspects of aviation.

“Growing up I spent weekends following my Dad in whatever aviation adventures he was up to.  Being a flight instructor, Dad gave me lots of time on the controls even if I couldn’t reach the rudder pedals and I was hooked from a very young age.  When I turned 13, we started flying gliders together, which was the best introduction to flying – understanding basic principles of flight – seat of the pants flying,” says Fay.

Fay had her first flight in a Yak-52 at the age of 15 and continued to improve as a pilot over the next few years.

“Life caught up with me in my 20’s, establishing my career, meeting my husband and starting our family, meant I took a break from a lot of flying.  In 2019 I was in a position to return to formation training again with the aim of making my debut in the Yak team at Warbirds Over Wanaka in 2020.  Unfortunately, Covid forced the cancellation of the Airshow but I have since become a regular in the team and can’t wait to make my first appearance at Wanaka in 2022.”

So, what is the biggest thrill of flying in a 9-ship formation aerobatic team?  “It’s got to be the buzz of getting it right, nailing the position you are flying – there is immense satisfaction in that.  Also, I love the connection I have with the team.  They trust me and I trust them, the close flying we do is dangerous in that things can suddenly and unexpectedly go wrong.  We have to trust that if that does happen, we each know what to do to keep each other safe.”

Fay admits that tight formation flying can be scary.  “Earlier in my training my stomach would be in knots before flights, but I used to put on a brave face because I didn’t want the other pilots to know how scared I felt at times.  One day I plucked up the courage to ask the others if they ever felt scared and was surprised when they replied ‘Yes’.  They taught me that feeling scared was a strength, it meant you had respect for the danger of what you were doing and that made you a safer pilot.”

Fay says flying in the Yak-52 team at Warbirds Over Wanaka next Easter will be another major milestone in her aviation career.  “I flew Dad’s Yak down to Wanaka in 2006 at the age of 20 and now I’ll be returning some 16 years later and actually flying in the Airshow.  It doesn’t get any better than that.”