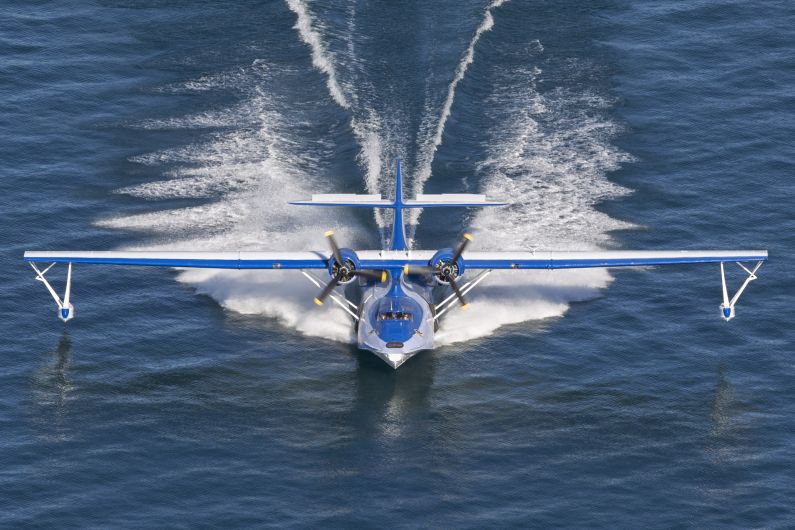 A water touchdown on Lake Wanaka for an iconic Catalina Flying Boat will once again be thrilling viewing for Warbird visitors and Wanaka residents next year.

The New Zealand Catalina Preservation Society has confirmed the 75-year-old flying boat will be flying again for the event.

With its amphibious qualities and a flying range of over 3000 miles the Catalina was the most widely used seaplane of WWII.

Extensively used in the Pacific for rescue, reconnaissance and anti-submarine missions, the aircraft went on to be used well after the war with dozens still operating commercially today.

The RNZAF had 56 Catalina aircraft between 1943 and 1953, initially operated out of Fiji and later, Guadacanal.

This particular aircraft started its flying career with the Canadian Airforce in 1944 for anti-submarine duties.

Commercial work in Canada after the war followed and in 1988 it was bought by an African-based tourism company transporting passengers between Zimbabwe and Egypt.

First registered in New Zealand in 1995, the aircraft has been repainted in a wartime scheme to represent NZ4017 XX-T of No.6 SQN RNZAF.