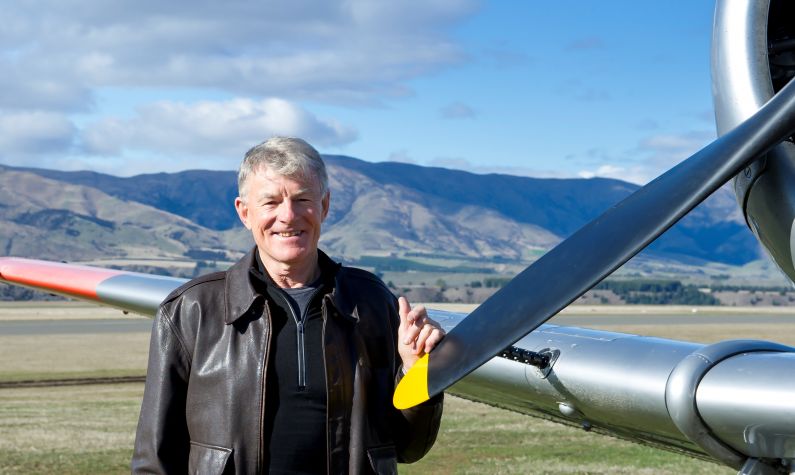 One of New Zealand’s most accomplished and respected Warbirds pilots has been recognised in the Queen’s Birthday Honours.

John Lamont has been awarded the Queen’s Service Medal for services to Aviation, primarily his life-long association with classic and Warbird aircraft and the Warbirds Over Wanaka International Airshow.

Born in Balclutha, John joined the Royal New Zealand Air Force in 1963 as a trainee radio mechanic before starting training as a pilot. On graduation John was awarded the deLange Trophy for Airmanship and the Merton Sword of Honour for best all-round academic success.

During his time in the RNZAF John became leader of the Red Checker’s Aerobatic Formation Team. John’s contribution to the team was recognised in 2018 when he was asked to lead a Red Checker’s 50th Anniversary Harvard flight over Christchurch.
After a successful career in the RNZAF John left to join Air New Zealand and enjoyed a distinguished career flying international routes for our national carrier.

Throughout his career John has had a huge passion for classic Warbird aircraft and over the years he has been entrusted to fly many types including the likes of the Spitfire, P-40 Kittyhawk, Corsair, Hurricane, Polikarpov and a personal favourite, the Lavochkin.

John has also performed at numerous other New Zealand airshows along with invitations to fly at a number of big overseas aviation gatherings.

Warbirds Over Wanaka General Manager, Ed Taylor, says the Queen’s Birthday Honour is well deserved. “John has made a massive contribution to not just the Wanaka Airshow but also Warbird events around New Zealand and the world. He is one of the very best Warbirds pilots in terms of skill level and is always happy to pass on his knowledge to the new guys coming through. John is always being sought out by these younger pilots who just want to spend a few hours learning from someone with so much knowledge,” says Ed.